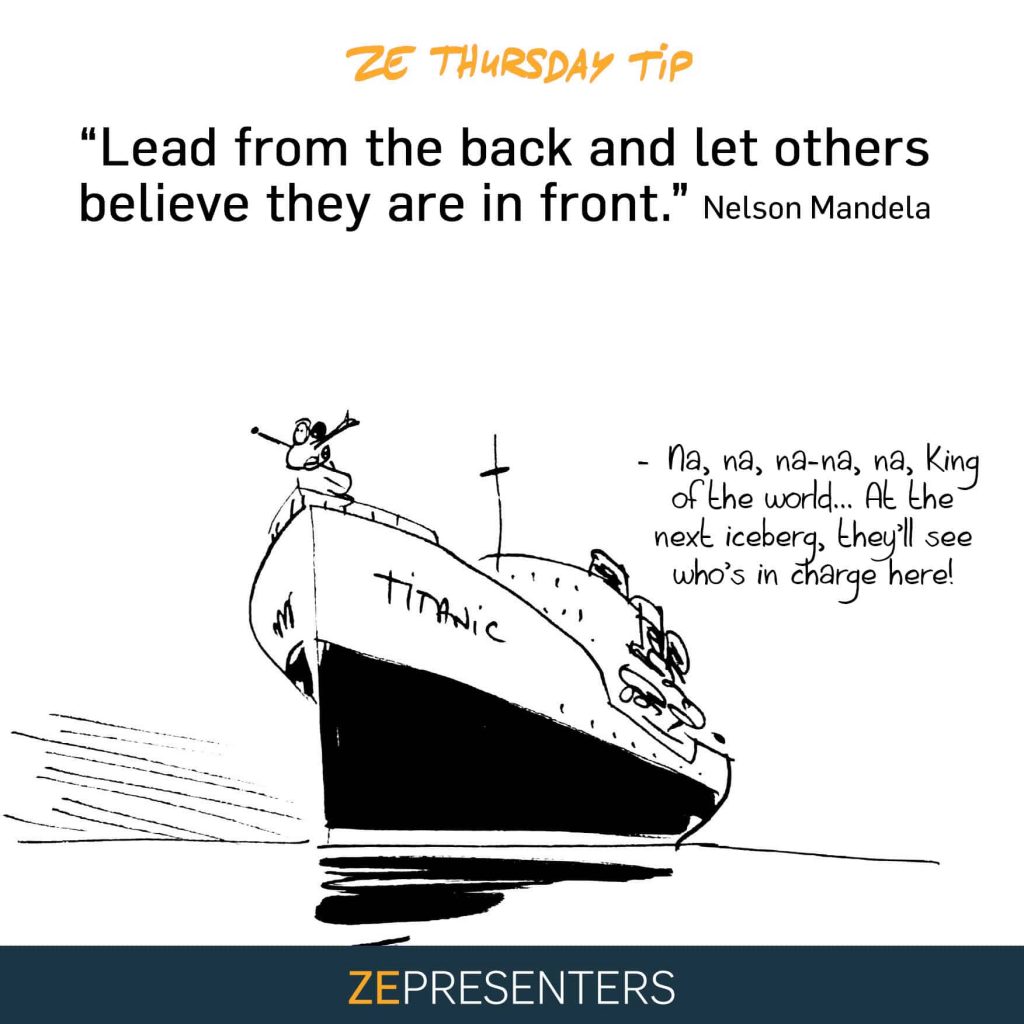 Nelson Mandela was convinced that contrary to popular belief, leading does not mean being in the front but being in the back. He evoked the analogy of a “shepherd” leader: who stays behind his flock, letting the most skillful go ahead, while the others follow, without realizing that, all along, they were led from behind.
This view of leadership, is not about telling others what they should do, but rather where they should go and then knowing to let yourself be led.

It’s exactly the same thing for strategic speaking. It’s up to the leader to remind us of the meaning and the stakes of the issues. But it is not his role to venture into technical meandering, even though he may be tempted to demonstrate what he knows. It is often more efficient to share the word with those who, from an operational stand point, will concretely lead the change to come.

To speak is to take power! But the power must be shared in order to boost the emergence of a new generation of leaders who will be in charge of transforming strategy into projects and projects into innovation.

Leadership
← Not even afraid!The right dose of simplicity! →