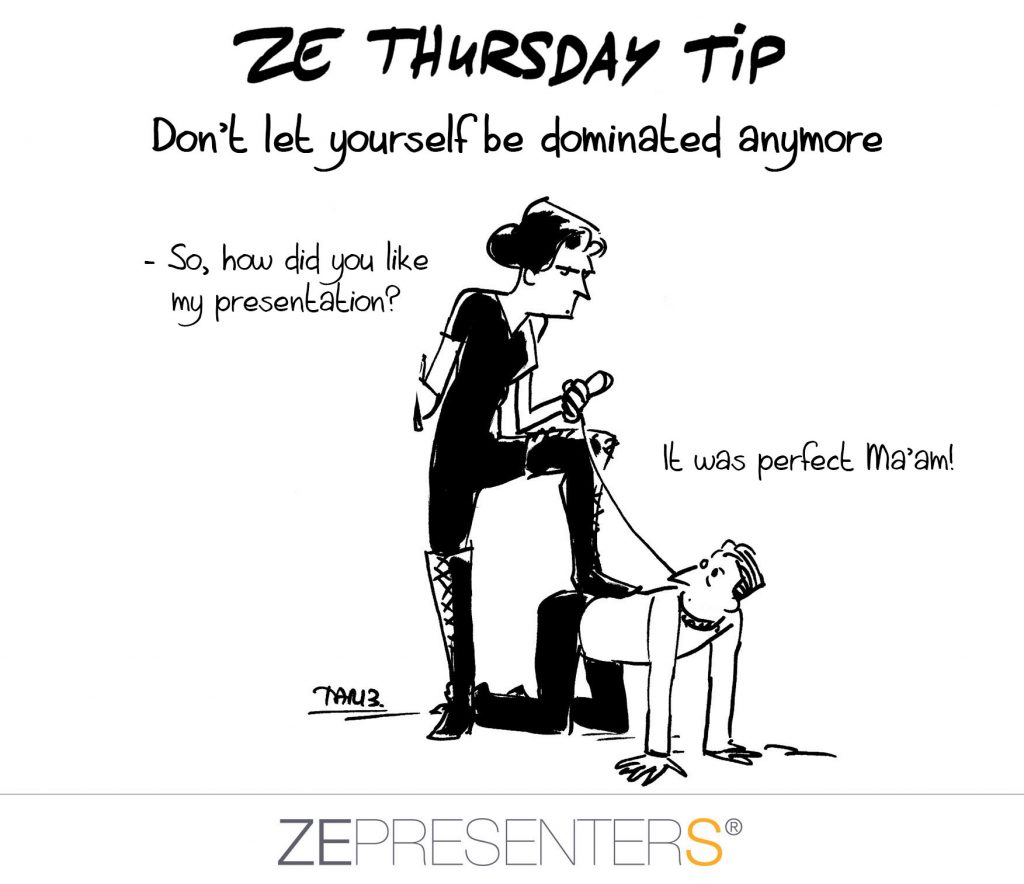 There’s an obvious parallel between “words” and “power.”  Naturally, the person speaking acts as a guide. We most often summarize it in one sentence: “Any public speaking is the expression of leadership.” This explains why it is so difficult to speak in front of an audience that is in a hierarchy above you, or to one or two people who you look up to. In these cases, the feeling of usurping your place can be guilt provoking: “They’re  never going to let me get through this….who am I to say anything?” Hence the impression is instilled in us that by making our voice heard we are disrupting the hierarchical balance of the group and therefore risk being excluded. In practice, this situation rarely happens, but it can happen that someone isn’t actively listening to you, or agreeing to what you are saying.

This paradigm is called ‘gregarious positioning.’ It’s driven by two feelings that we know well, confidence and fear. We have already explained how confidence is a fundamental stake in public speaking. But it is also what cements our hierarchical position with regard to others and our feeling of belonging in the group. The trust that we naturally give each other will determine our inclination to be submissive or domineering. Likewise, the trust we naturally put in others will determine our tendency to marginalize ourselves or, on the contrary, to be highly sociable. In our minds ‘gregarious governance’ takes control when we are scared to lose the place that we have already acquired within the group. Therefore, how do we concretely handle a member of the audience who interrupts or bullies us simply because our act of speaking questions his position in the group?

First, don’t confuse a domineering attitude with being in a stressful state. A person going through a conflictual stressful state, will raise their voice and show a lot of tension in their shoulders and face. This person will challenge everything you say and will always believe that he’s right. But his goal won’t be to dominate you. He’ll be on the defensive because he’ll feel attacked or made vulnerable by your remarks. A stressed person really doesn’t control the situation, instead they’re fleeing a situation they perceive as dangerous and will calm down as soon as the stressful situation has passed.

On the contrary, someone in ‘dominant gregarious governance’ mode will always be in complete control of the situation, devoid of stress. That person will be capable of either flattering you or making you feel awkward. And his state of mind will last as long as he isn’t sure that he can get what he needs: Confirmation of his position within the group. An appropriate response can be handled in two steps.

Leadership
← How to control your emotions?To develop an effective approach, follow the guide! →