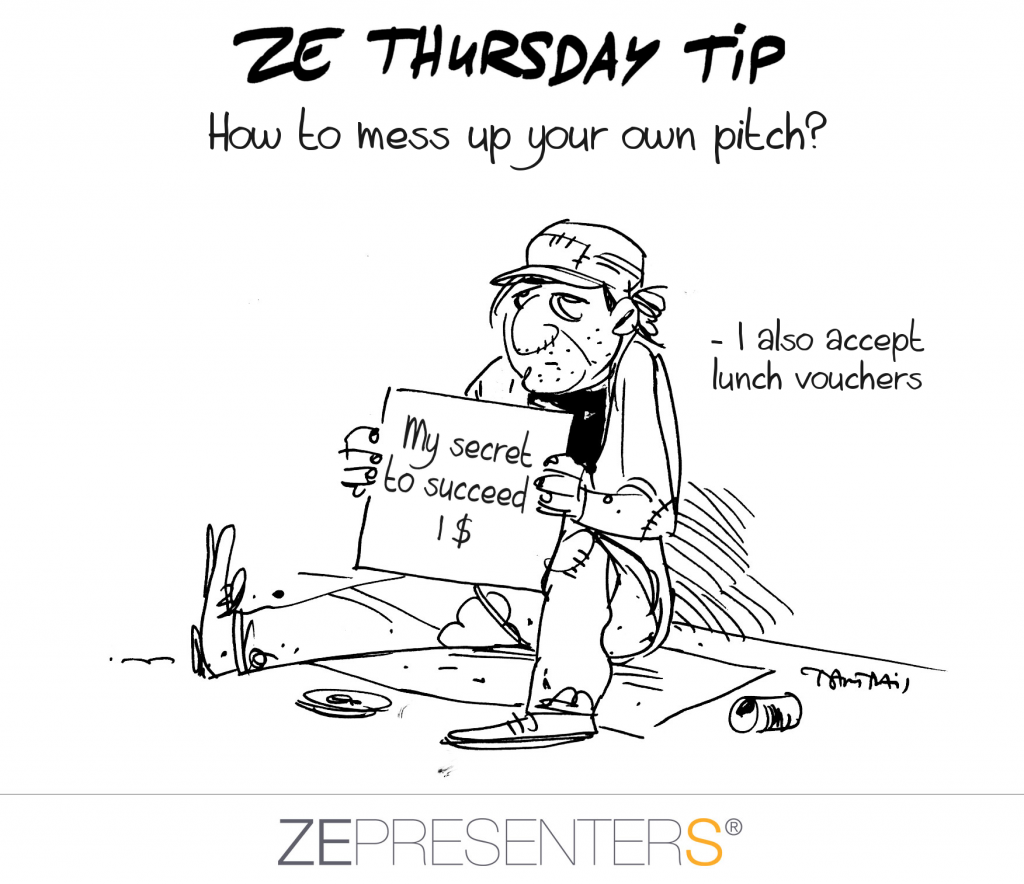 Whether you’re expressing an opinion, sharing an idea or trying to arrange a meeting, knowing how to pitch is a precious skill. But before learning and practicing pitching techniques, did you know that you could fail even before having spoken one word?

In a basic pitching exercise, there’s the sender (the person pitching) and the receiver (the person catching the pitch). Within the first seconds of a meeting, the receiver will judge what type of person is facing him. To react this fast, the brain compares the sender to a range of predefined stereotypes. The stake in this evaluation is crucial because it allows the receiver to evaluate the credibility of the sender, and hence measure the trust he can place in the sender’s remarks.

“Don’t judge a book by its cover” is a popular wisdom. However, this expression is far from the actual functioning of our brain that is used to categorize people in less than a second. In this context, it is vital to avoid four stereotypes that, regardless of the quality of your ideas, will make you lose all credibility immediately:

The “yes-man,” who doesn’t defend his ideas enough, accepts any compromise in the hopes of realizing his project. The “robot,” that runs through his remarks and doesn’t prompt his interlocutor to participate in the discussion. The “used car salesman,” who argues incessantly to the point of acting in bad faith, who is incapable of questioning himself and leaves no room for the recipient to put himself into the project. And finally, the “beggar,” whose idea only seems to be an excuse to get the job and who gladly begs the recipient to give him another chance.

As senders, we know that we cannot escape this categorization. So, we might as well use it, work on ourselves, and therefore, play with the expectations of the recipient to give ourselves every chance to succeed.

Source: « How to pitch a brilliant idea » by Professor Kimberly D. Elsbach, published in the Harvard Business Review.

Leadership Pitch
← What to do 1 minute before speaking?Is your audience ready to take risks? →