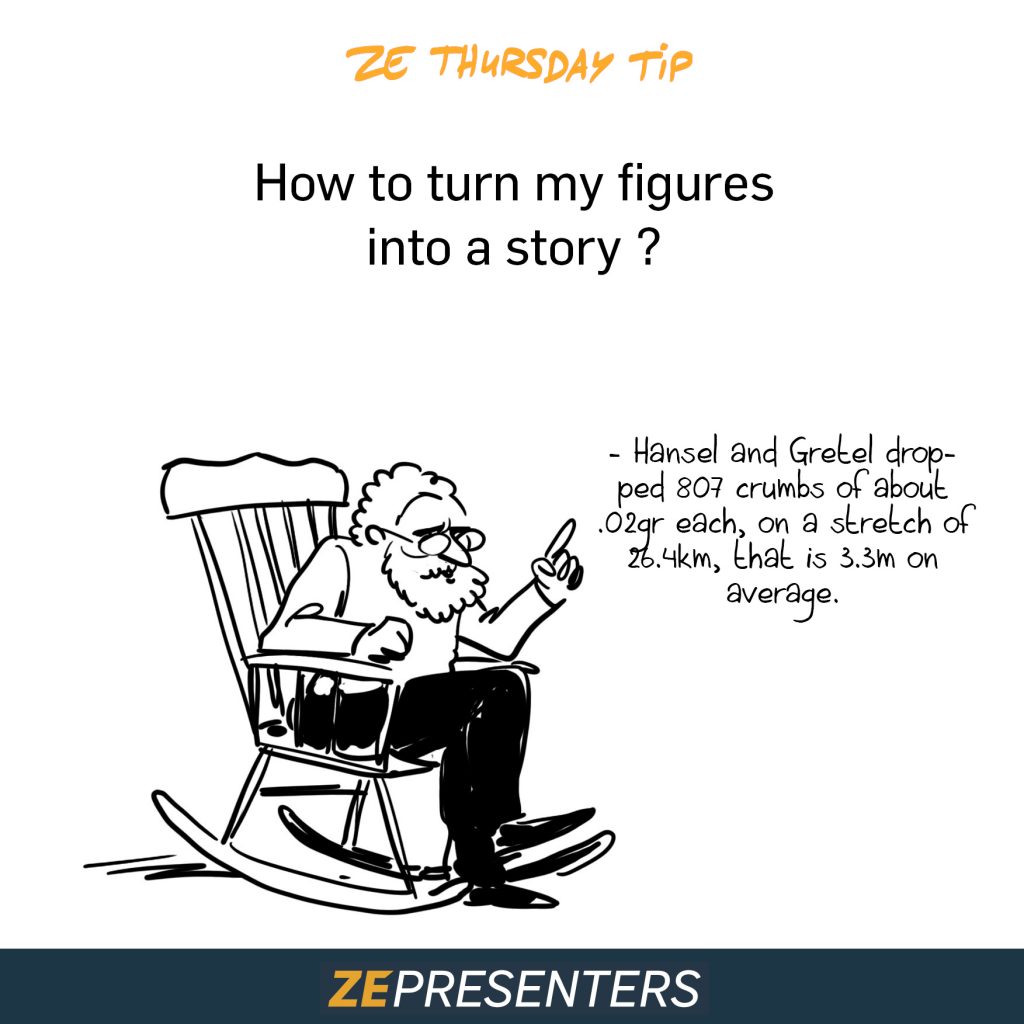 We are all regularly presented with figures. And for some, it’s even a job! But this is not easy because, for many of us, an encrypted presentation can quickly turn into a boring inventory, where everyone loses. In the first place, the speaker shows his results like he’s presenting the weather. And of course, the audience, who’s found what it needed, is no longer listening because it has the information it wanted.

The result is often one more presentation that will not fulfill the expected goal: making this project happen, generating adherence and commitment. So how can you make your numbers speak?

Sharing figures is above all sharing an idea

Sharing figures is necessary when it comes to giving credibility to your speech and building on something concrete. It is still necessary that the figures in question are coherent vis-à-vis the message you want to share. To give meaning to your numbers:

Make your numbers even more concrete

Even though everyone requests numbers and KPIs, we must not forget that the brain has a hard time assimilating large numbers. So how can you impress your audience with your results?

Storydesign Storytelling
← How to not lose your audience ?Help! They’re giving me 5 minutes instead of 20! →