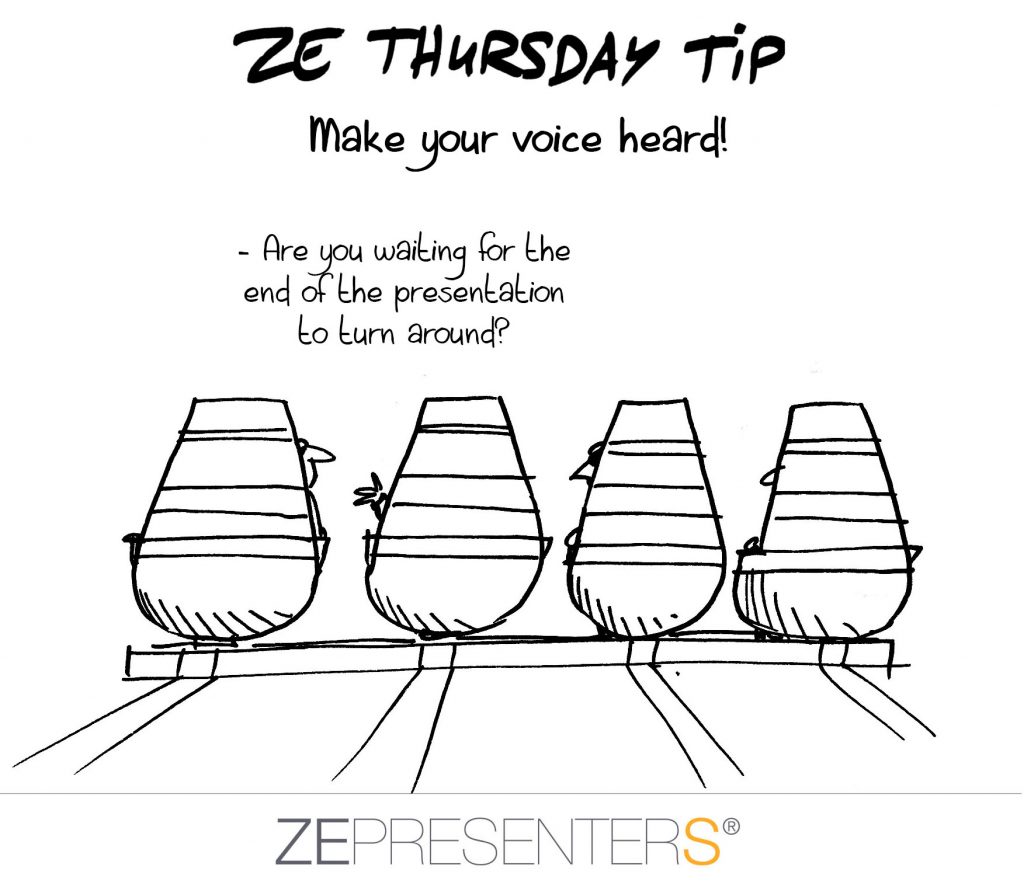 Non-verbal factors have a considerable effect on the impact of your speaking engagements. And among these factors, there’s your voice that transmits a vast amount of information that you don’t necessarily control: your stress level, your motivation, your listening skills and your sincerity are all criteria that, consciously or not, your audience receives and uses to assess the credibility of your message.

One of the most regularly encountered difficulties is a voice that is too soft, too fast or not clearly articulated. This voice typically shows a lack of confidence in oneself, where the speaker appears to not want to disturb his audience. In these cases, the speaker doesn’t generally realize that he isn’t speaking loud enough. And if you ask him to project his voice more, he’ll speak with the same intensity and tell you that he feels like he’s screaming. This gap between one’s perception and one’s expression is the first obstacle to overcome in order to progress.

Because once the ear is better adjusted and the voice dares to be more forceful, it naturally becomes more articulate and more rhythmic, as it requires breathing more regularly. A stronger voice will hide your nervousness, avoiding the quavering effects that always destabilize a speaker. A more articulate voice will be easier to understand and will prevent the audience’s attention from wandering. And finally, a more composed voice will leave you more time to convey your commitment and to build short sentences that will have a stronger impact.

Another regularly encountered difficulty is placing your voice correctly. From the vibration of the vocal cords to the sound that is perceived from the outside, many muscles are put into action to form our voice. In addition to the intensity, which we have already mentioned, they will determine the pitch and timbre of the voice. Depending on each person’s features there is a state of optimal vibration that allows the voice to be better heard with less effort. Once found, this voice is a constant source of well-being and balance for the speaker. It is both more robust and flexible. The audience also perceives this “optimal” voice, often unconsciously, which helps create coherence between your message and your commitment to pass it on.

Placing your voice is not necessarily an easy exercise, and it is best to rely on a trained person to assist you. But speaking louder is already a fundamental step that will allow you to be more sensitive to the vibration of your voice. Men tend to resonate their voice too low, at the level of the throat, to give it a deeper timbre. Conversely, women, in order to be heard, sometimes have the unpleasant reflex of resonating their voice too high and even using a head voice vocal register. A good practice is to feel one’s voice resonate in what we call the mask: the nose and cheekbones.

Taking the time to work and prepare your voice provides a real opportunity to gain in performance and harmony. Mechanically, a stronger voice will engage your body more and will participate in expressing and asserting your personality better, whenever you speak.

Leadership
← Don’t forget to assert your credibility!Build a reassuring image of yourself →