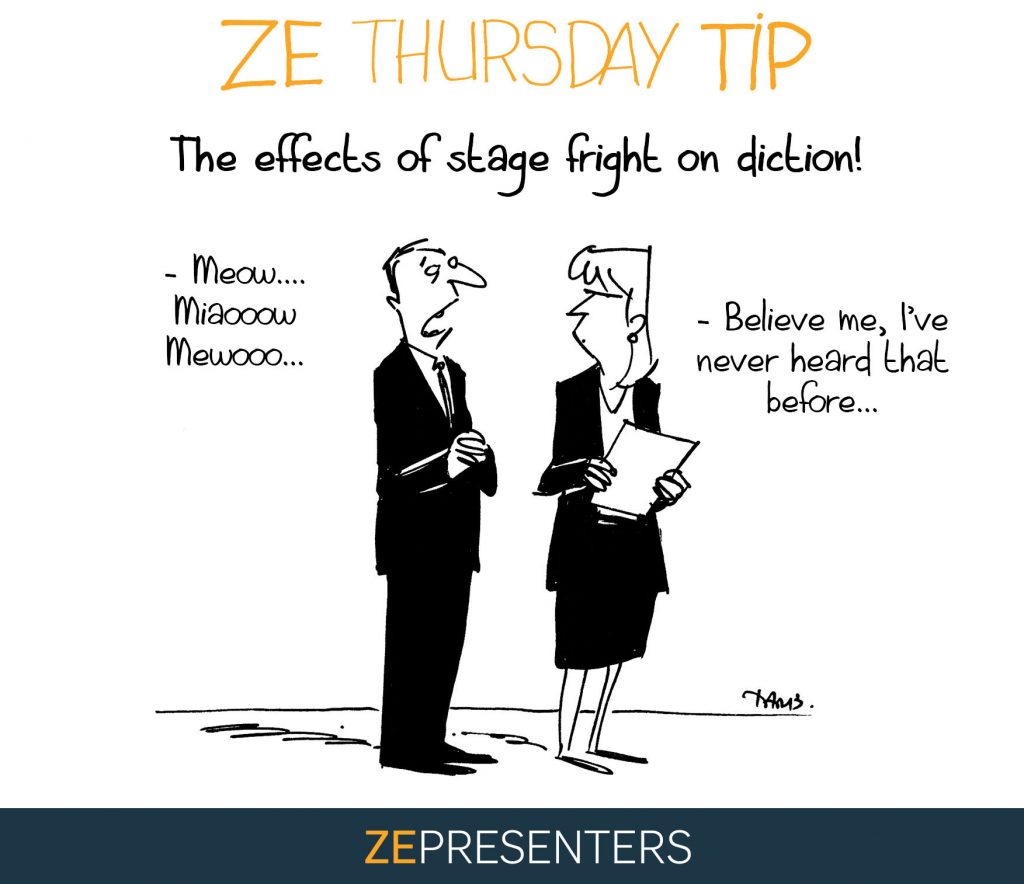 We often hear the advice to young awkward actors: “It’s easy, you just have to believe it!” On the face of it, one could say that the same applies to a speaker who has trouble expressing his message. Unfortunately, it is not so simple. Because the slightest emotion, the smallest doubt, the shortest gap in your thoughts, can leave a trace on your non-verbal cues and blur your message. While your sentences are strictly saying: “My belief is that we must take this direction,” your weak voice, tense attitude and shifty eyes are saying: “…But I would be a lot more at ease if I hadn’t finished this presentation last night, in any case, I’m sure you can see that I’m not comfortable, I hate this and it’s the last time I’ll ever speak again!”

If all you needed to do were to believe, it would be known! We would not have 75% of the population that apprehends public speaking and 85% that finds speeches boring! Nonverbal cues have a considerable impact on your remarks and on what the audience will remember. The main effects of stage fright on diction are:

Articulation – The speaker talks too fast, the voice is weak and he barely articulates. These are the symptoms of “flight” stress that unconsciously dictates to the speaker to escape the situation as quickly as possible.

Voice distortion – The speaker will mute the sound of his voice lowering the tone and making it resonate in the throat. With so little volume to resonate, the slightest hesitation or frustration will put an inflection on the voice that betrays anxiety.

Breathlessness – Fear of making a mistake or not finding the words often lead the speaker to put too much emphasis on his ability to build sentences. The slightest pause is perceived as a weakness, so the sentences are strung along without a break to breathe.

But how can we manage the non-verbal cues and ensure that we don’t betray ourselves? The first solution that comes to mind is to eliminate the non-verbal cues from your communication. Don’t smile, that’s possible. A number of our politicians have become experts at expressing themselves in a completely disembodied cerebral manner. Though they are able to build their speech flawlessly, listening to them often brings on some discomfort. For non-verbal cues are essential for interpersonal communication; it’s the only way to evaluate the sincerity and commitment of the speaker.

Rest assured, it is perfectly possible to control your speech without becoming a robot and it involves working on your oratory technique. A good technique will allow you to project your voice when stress in controlling you, rather than being too discreet. It will also allow you to assert your posture when stage fright is trying to stop you in your tracks! And, it allows you to control what the jitters or inappropriate emotions could express in spite of yourself. The most effective solution would be to get help from a professional. But it is also possible to call on a colleague who has done some singing, theater or improvisation. In the meanwhile:

Leadership
← And what if trivial were indispensable?The TED format in a company! →