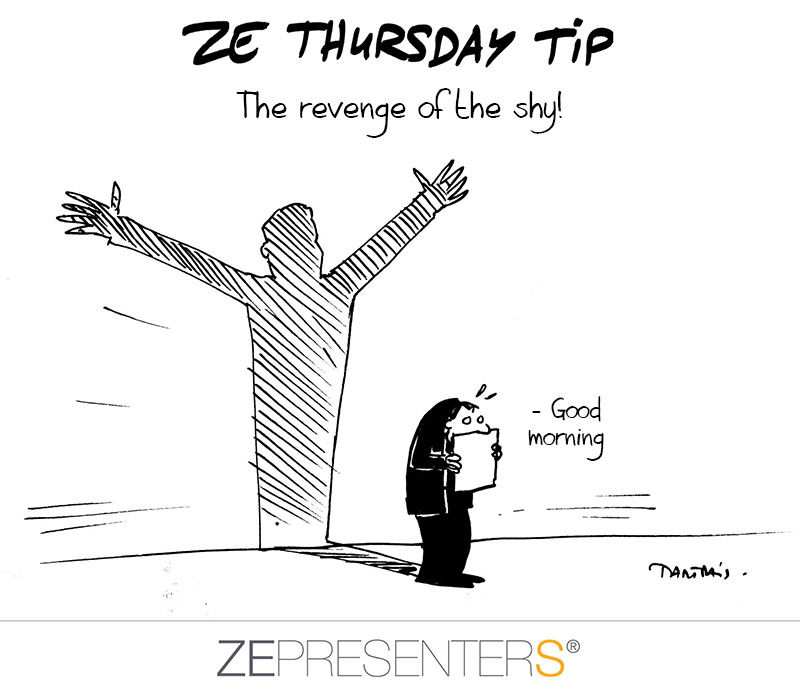 The ability to speak in public is often wrongly associated with extraversion. It is true that extroverts generally like talking and drawing attention to themselves. However, there’s a big difference between liking to talk and excelling at it. Similarly, introversion is generally associated with shyness, anxiety and depression, whereas introverts are simply less stimulated by interactions with the outside world. But it’s not because one is reluctant to do something that one cannot stand out.

The introversion/extraversion factor is commonly used in personality psychology. But other criteria are equally relevant in predicting the skill to speak effectively.

“Emotional stability” allows one to be less permeable to negative emotions and to better withstand periods of stress or doubt, often inherent in speaking. Quite the opposite, an extrovert experiencing a strong neurosis will tend to diffuse his anxiety.

The “conscientious” trait is certainly valuable when considering the work and commitment involved in designing a presentation. Quite the opposite, impulsiveness, even if it reveals a certain talent for improvisation, can be the source of many dangers when speaking to an audience.

Being “pleasant” and accommodating is another major factor that fosters empathy and leaves a favorable impression. Quite the opposite, a speaker who is talkative but indifferent to the audience’s wellbeing will struggle to unite them around his remarks.

Finally, “an open mind,” which encourages creativity and imagination, opens new opportunities for more personal and original presentations that will leave a strong mark.

Obviously we have to recognize that for an impulsive neurotic introvert, who is rather stubborn and unpleasant, public speaking could present certain difficulties. But here’s an opportunity to at least take stock of the traits that can indeed serve us or hinder us. And, if need be, this will be the time to ask the fundamental question: Are we prisoners of our personality for good?

Leadership
← How to dress to present well?Your audience is terrific! →