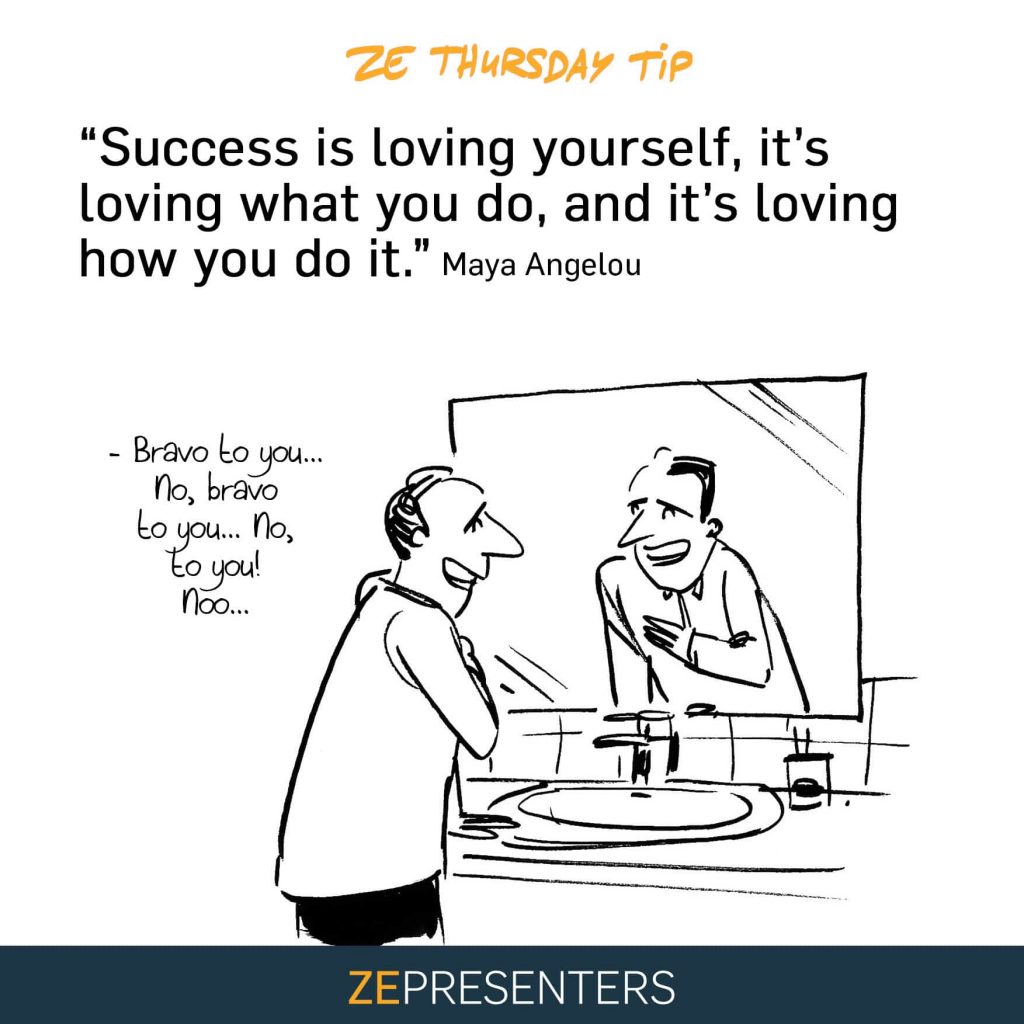 Today everything has become an excuse for public speaking: a meeting, a toast for a dear friend, pitching an idea that you’ve had in mind for months… And yet, public speaking continues to terrorize nearly 75% of us! Faced with this public enemy number 1, advice streams from all directions and it’s not always the best…

You must have already heard that “to be good, you just need to be natural and be yourself.” Though this advice is common, it’s totally useless. Because being natural, when one is facing an audience, is precisely being uncomfortable. By inviting someone who is about to speak in public to be himself, we’re pushing him to become someone else, someone who would not be naturally stressed… We tend to imitate someone who we admire, imposing words that are not ours, or seeking at all costs to get into a role… that doesn’t suit us. A true identity denial!

Finally, it is by seeking to please at all costs that we displease the most. Especially since speaking successfully doesn’t mean becoming someone else but rather discovering our public persona. Indeed, we are not quite the same when we are with family, or with co-workers than we are before an audience of strangers. We’re not talking about schizophrenia but about discovering which of our personality traits are conveyed according to the people around so that we can become aware of them, strengthen them and fully assert who we are.